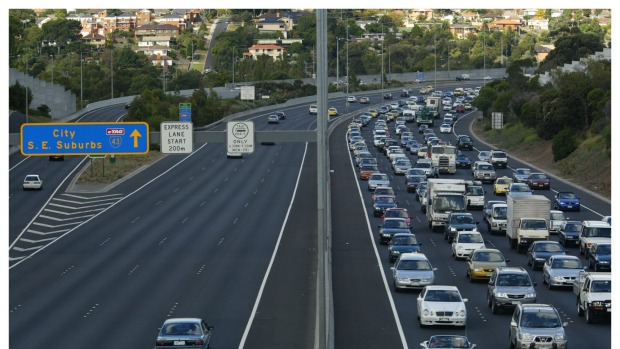 Falling car use is one of the most important trends in infrastructure and it should be discussed more than it is by decision makers, an infrastructure summit has been told. Craig Abraham

Mr Daley told The Australian Financial Review Infrastructure Summit that falling car use was one of the most important trends in infrastructure and it should be discussed more than it was by decision makers.

“We should be very careful about the assumption that road usage is going to keep rising in the future at the same rate as it has in the past,” Mr Daley said.

The most recent Bureau of Transport Infrastructure and Regional Economics data suggested passenger kilometres travelled was falling or stable, he said. This was in line with global trends, which suggested a significant change was happening in all developed countries. It was confirmed by other measures, such as falling car ownership, people obtaining drivers licenses later and fewer people having drivers licences.

The phenomenon of “peak car” only added to the risks of building freeways, he said. This was highlighted by the revelation that the business case for the East West Link in Melbourne “fell over” because it showed a cost-benefit ratio of only 0.43. This meant that if Victoria had proceeded with the road taxpayers would have lost 60¢ for every $1 invested. The financial collapse of several privately funded toll roads based on over-optimistic traffic forecasts also showed benefits were often exaggerated.

There was evidence that while car usage generally was falling or static, use was growing faster on inner-city freeways, he said. But this was only true for freeways that helped people reach town centres, such as the South Eastern freeway in Melbourne and the Cahill Expressway in Sydney.

The argument that widening freeways eased congestion was often flawed because it just switched congestion from roads to freeway exit ramps and local roads, he said. The Abbott government had funded many freeways, even though they had not received approval from Infrastructure Australia, he said.

Often freeway promoters tried to justify projects with promises of wider economic benefits but these were open to exaggeration, he said. Freight road traffic was still growing but this alone would not be enough to justify expenditure on many larger projects.

Mr Daley’s comments contrasted with several other speakers at the conference, who endorsed enthusiastically freeway construction such as the $14 billion WestConnex freeway in Sydney.

In its national infrastructure audit released in April, Infrastructure Australia predicted that public transport would account for an ever-growing share of total passanger trips. In the six largest capital cities, passenger transport was projected to increase by 58 per cent, from 622 million kilometres a day in 2011 to 982 million kilometres a day in 2031, it said. However, public transport would grow by 89 per cent, or almost twice as fast.