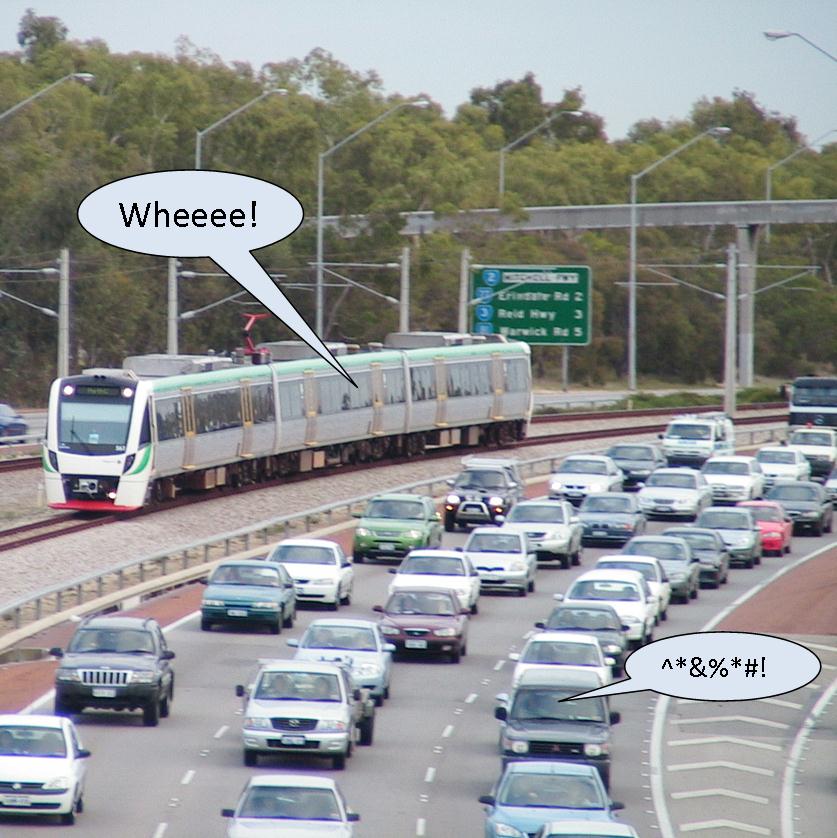 Public Transport is the most efficient way of moving large numbers of people to work in the city, or attend a major event.

With brown coal used to generate electricity, trains and trams are not nearly as clean as they will be when the power grid converts to renewable generation. But even today, a peak-hour train still has less emissions per passenger than trams or diesel buses. Off-peak, all forms loose efficiency. Buses powered by methane captured from landfill would in theory have negative emissions, but this would not scale up to a metropolis. LPG (Natural Gas) has slightly lower carbon emissions. Biofuels are even worse than petrol given their role in deforrestation in the region.

Large scale decarbonising of the stationary electricity grid is likely the occur before transport is decarbonised. [Flannery, The Weather Makers].

So electric trains look the most suitable solution.

Royce Millar  writes “Psst, Sir Rod: Have you heard about something called greenhouse?” (The Age April 3 2008)

Carbon monoxide has nasty effects on the brain including markedly lengthening driver response times, a bit like having alcohol.