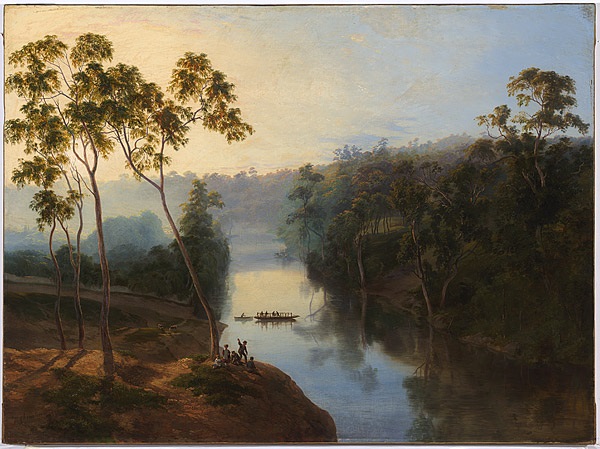 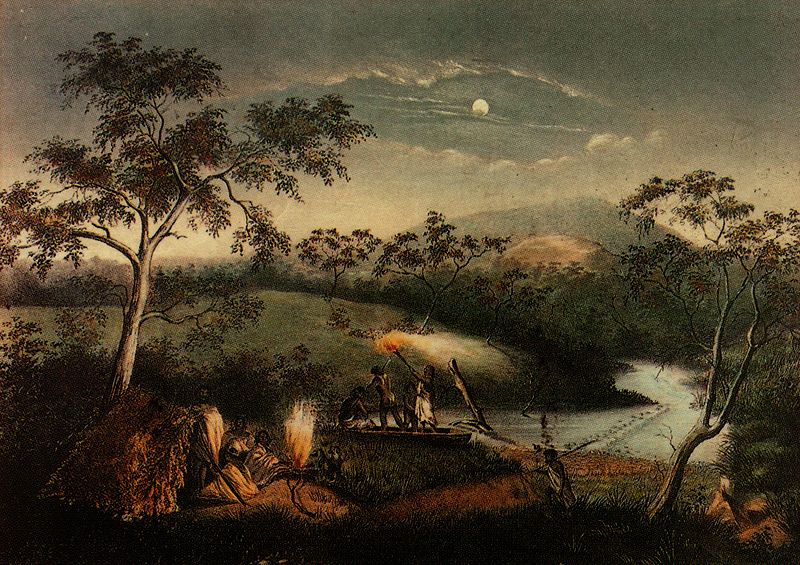 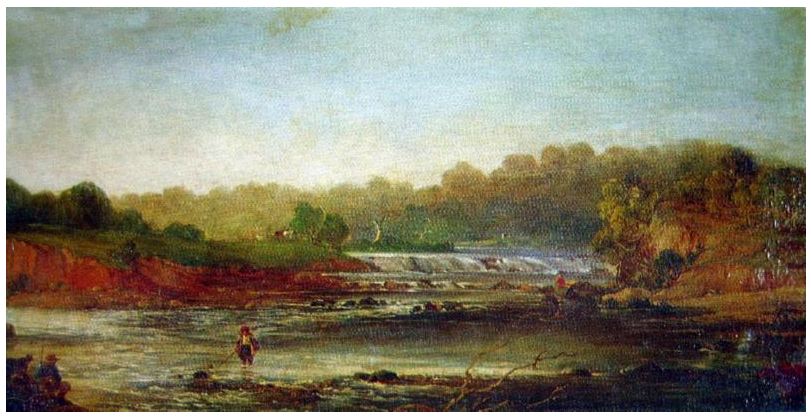 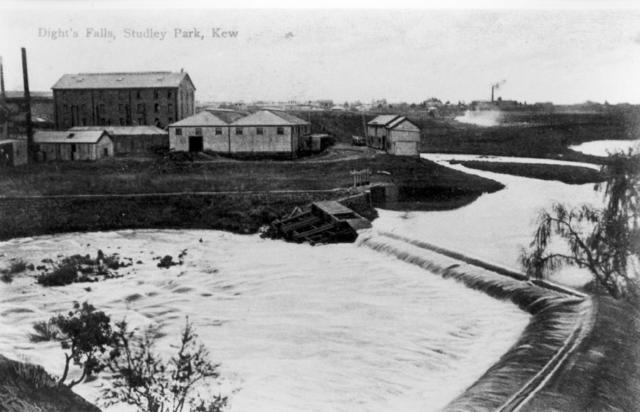 Image: 1905 – 1910? Postcard of Dight’s Falls.  A photo taken from the Studley Park side of the river and showing the mill race and a cluster of buildings including the three storey mill. Various buildings and a smoking chimney can dimly be seen in the background. The island near the mouth of the Merri Creek no longer exists, having been removed as part of the alteration to the Yarra’s course in preparation for freeway construction. Source: Picture Victoria. 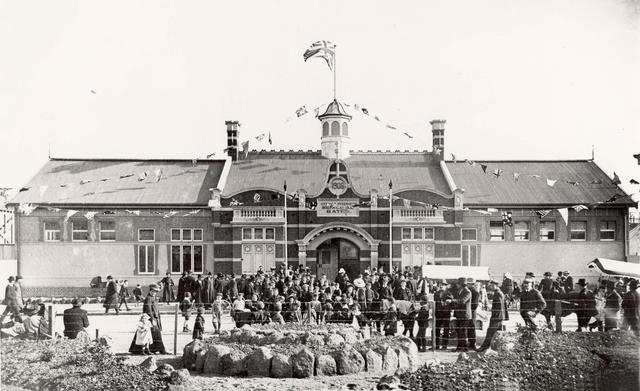 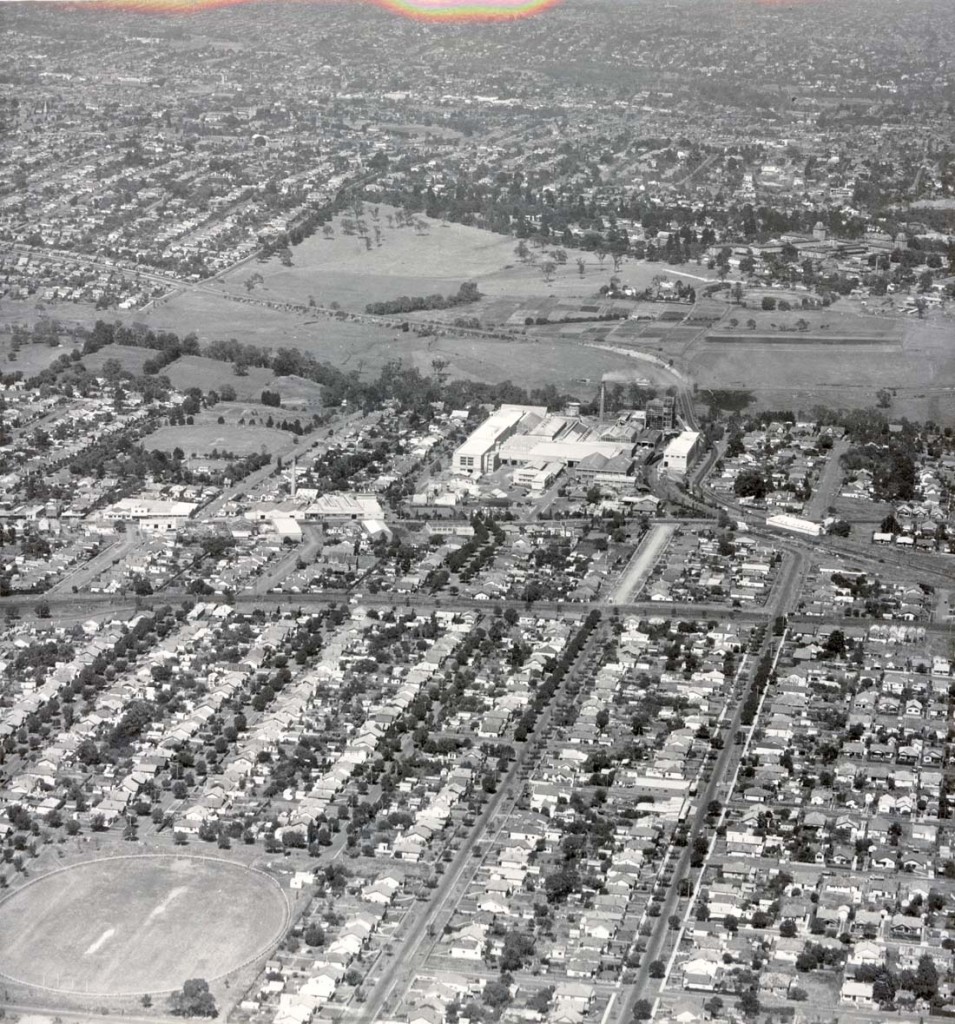 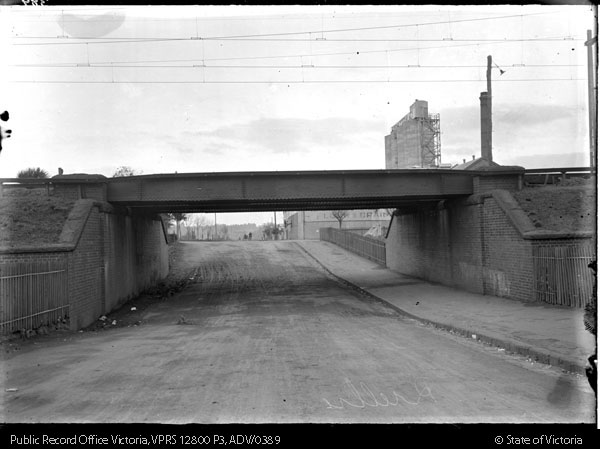 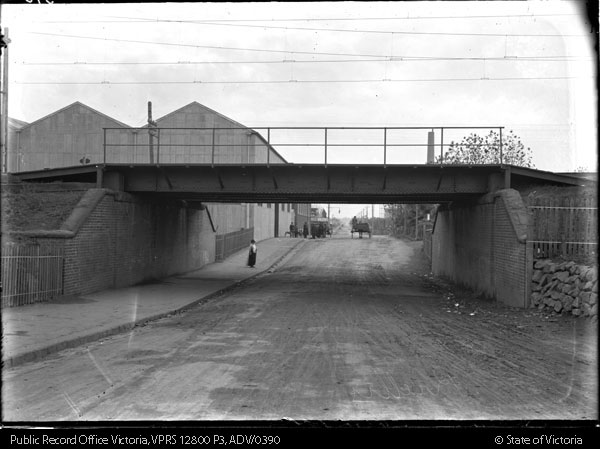 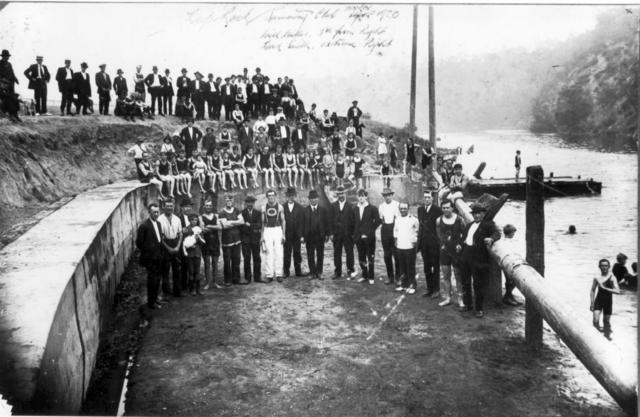 The course of the river in this area was altered during freeway construction in the 1970s so that an exact location is difficult to find nowadays, but walkers can see a commemorative plaque.  Source: Picture Victoria. 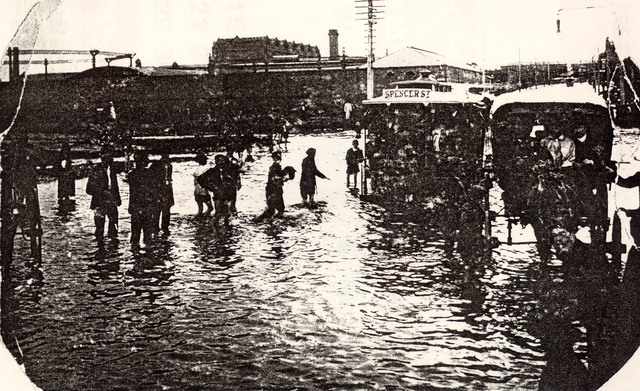 Image: Alexandra Parade was previously named Reilly Street.  Short story is, it used to flood, and that’s why there’s a large drain underneath it. Source: Picture Victoria.

Before the Reilly Street drain was built, the street was an open sewer with many small bridges across it.

In 1856-7 The East Collingwood Council began to construct a major open drain along Reilly Street (Alexandra Parade) from Smith Street to the Merri Creek.
It overflowed onto the Collingwood Flat in winter and had to be deepened to ten feet (3m) when the Melbourne City Council began to extend it west.

The Argus,  Tuesday 17 August 1886 reported the drain had a catchment of 700 acres in Melbourne, 120 acres in the Borough of Brunswick, 900 in City of Fitzroy and  156 in the City of Collingwood, although the principal flow was between Smith Street and the river. 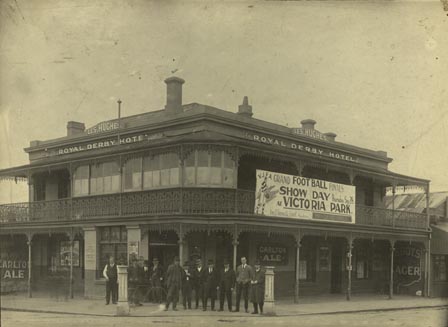 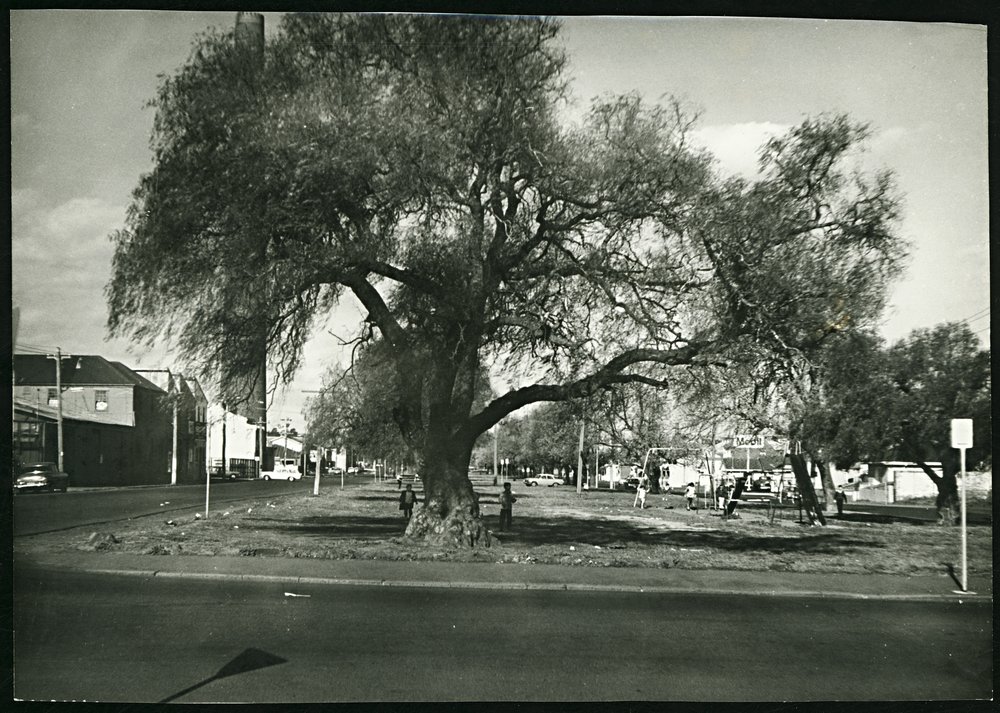