Traffic in the Inner North 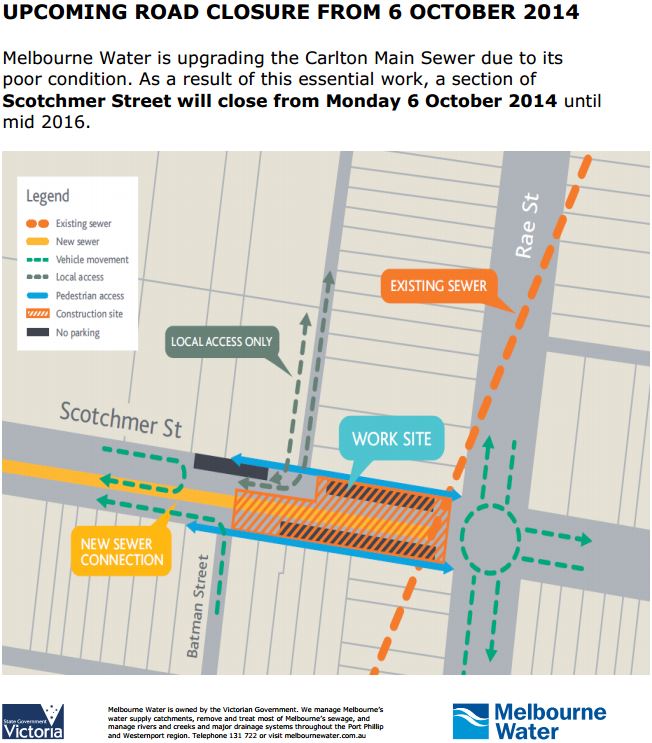 With the ill conceived East West Link taken off the agenda, the Andrews Government has announced a new agency Infrastructure Victoria to advise on major projects for the State.

Among other things, the agency will review the traffic and connectivity issues along the Northern Corridor that the East West Link proposal comprehensively failed to address.

Some observers fear that Infrastructure Victoria might revive the East West Link again. They could do worse than begin with a review of the 21 draft recommendations of the Landmark Norther Central City Corridor Study (1999-2001).

The Draft (and final) NCCC report found that if all the recommendations were implemented, there may not be a need for a tunnel.

One of the study recommendations was to close Scotchmer St at the Nicholson St median.

In consultation with stakeholders, remove or reduce the impact of through traffic and trucks on Gatehouse Street, Harker Street, and the Michael, Scotchmer and Pigdon Street route.

At the time, this was met with considerable opposition from local residents and incredulous traders. It was one of the factors that spooked then transport minister Peter Batchelor to promptly shut down the study before a final report.

In an interesting twist of fate, the recommendation to close Scotchmer to through traffic has come to pass. Last October, Melbourne Water closed Scotchmer St just east of Nicholson St. It’s planned to remain closed until at least June 2016 while the Carlton Main Sewer is replaced.

So far, the sky has not fallen and the shopping villages of North Fitzroy and Nicholson St seem no worse off. The cycling route has improved and there are fewer trucks.

It would be a good opportunity for Yarra Council to update their Local Area Traffic Management Study to investigate the benefits of making this closure permanent.

Some of the other traffic calming recommendations have also been fully or partially implemented.

It’s time for a review.