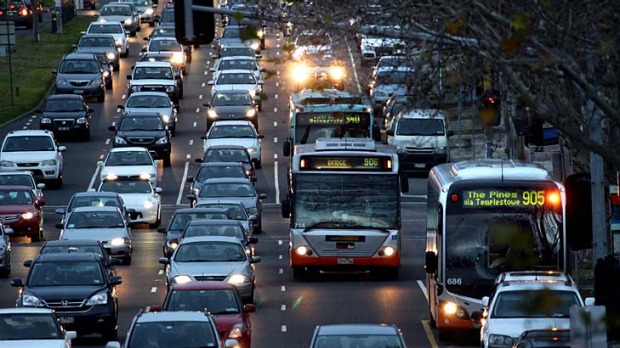 Hoddle Street – Punt Road: we’ve been down this road before

The Andrews government is currently reheating the idea of trying to do something about Hoddle Street-Punt Road. Do you have a bright idea or several? Light rail? Less car dependency? A North South Link? What about free public transport for MCG ticket holders to give Yarra Park a break?

This study arrives with some concerns. Firstly, the consultation appears to be coming after the government has already decided to introduce altered traffic flow for right turns. While it is good the government has fronted up with concrete proposals,  it invites the concern it is  a fait acompli?

Also, the government has ruled out any longer term projects that the 2009 study was considering – such as a  bus tunnel. This limits solutions to those that fit in with the electoral cycle. This means local residents (note the 2000 new apartments within 500m of Hoddles St), as well as cyclists, pedestrians, public transport users and even cocooned motorists will continue to breath the toxic sludge of Hoddle Street for decades.

Proposals that make Hoddle Street more attractive to motorists will attract more motorists. The demand will always exceed the supply of road space. YCAT and the local community will push for more creative solutions

YCAT is republising these reports today as the department has brought down their study website  www.hoddlestreetstudy.com.au

This is a disturbing trend in an age of electronic publishing and distribution, where tax payer funded reports are removed from circulation because they don’t contain the right message. We urgently need legislation to ensure that government reports remain pubished in their original location – even after the government department changes its name.

Media Release: Daniel Andrews: Getting On With Improving Hoddle Street And Punt Road

Residents and motorists are invited to attend local drop in sessions on: